A young Nepalese boy studying sanskrit at an ashram in Varanasi was swimming with friends in the Ganges River and drowned. Here his friend (to the right of the man with the beard) who was swimming with him tells the authorities how he drowned right after the boy disappeared beneath the murky waters of the Ganges. His teacher called his parents in Kathmandu but did not tell the reason why. When his father, Bhim Prasad Bastola, arrived in Varanasi on a bus, he was told of the death of his 15-year-old son Chudamani Bastola and the cremation ceremony was held shortly thereafter. 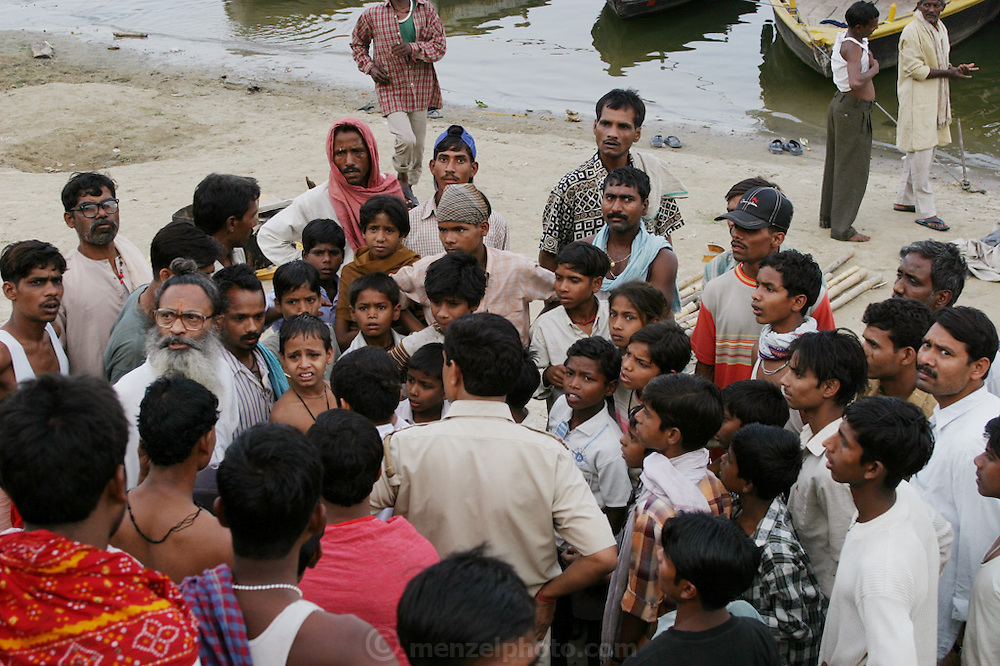