Antipodean dinosaur hunting. Paleontologist Tom Rich holds the skull (in his right hand) and part of the tail of a fossil hypsolophodontid. This was a small dinosaur, about the size of a large chicken, living in the Cretaceous Period about 100 million years BP (before present). The specimen was found at Dinosaur Cove, southern Australia. Examination of the skull indicates that the creature had a large cerebral optic lobe, which suggests that it had some capacity for adapting to darkness. This becomes relevant when considering that it would have lived between 65 and 80 degrees south latitude, and would therefore have had to endure some length of permanent night in winter. Dinosaur Cove is the world's first mine developed specifically for paleontology ?normally the scientists rely on commercial mining to make the excavations. The site is of particular interest as the fossils found date from about 100 million years ago, when Australia was much closer to the South Pole than today. MODEL RELEASED [1989] 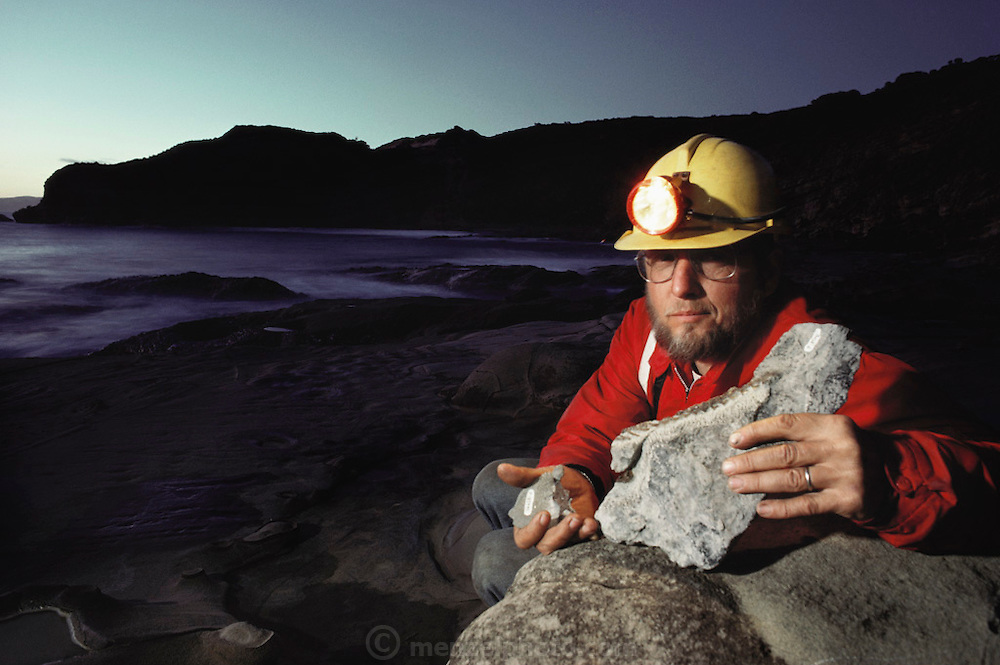