Ted Sikorski, an unemployed resident of the streets of Manhattan with his typical day's worth of food at Holy Apostles Soup Kitchen in New York. (From the book What I Eat: Around the World in 80 Diets.) The caloric value of his typical day's worth of food in June was 2,300 kcals. He 5 feet, 8 inches tall; and 168 pounds. Although Ted spends many hours a day walking, he admits to having to watch his weight, adding that many of his ?residentially challenged? friends have the same problem. Over 1 million low-income residents use more than 1,200 nonprofit soup kitchens and food pantries in New York City. Some of the soup kitchens offer other benefits, such as showers, counseling, and entertainment. As in most big U.S. cities, it's easier to find a free meal in New York City than a place to sleep. Each night, more than 39,000 people sleep in the city's municipal shelter system, while thousands more sleep on the street. MODEL RELEASED. 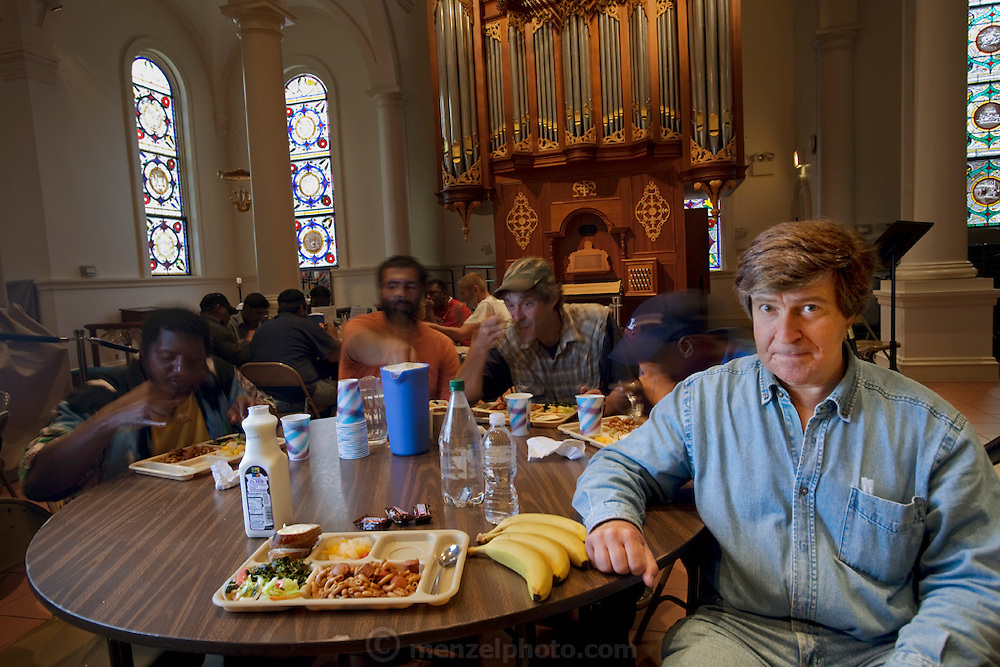