Rick Bumgardener, a self-taught gospel singer, guitar player, and lay preacher, sings an original song, ?Give Us Barabbas,? at his home in Halls, Tennessee while his dog, Bear lies at his feet. (From the book What I Eat: Around the World in 80 Diets.) The caloric value of his day's worth of food in the month of February was 1,600 kcals. He is 54; 5 feet nine inches tall, and 468 pounds. Rick used to enjoy preaching and playing on Wednesday evenings at Copper Ridge Independent Missionary Baptist Church before he became too heavy to stand for long periods. Rick's new lifestyle rules out one of his favorite restaurant dinners with his wife, Connie, and son, Greg: three extra-large pizzas, crazy bread, and no vegetables. There would be leftovers, but not for long, Rick says, as he would eat all of them. To relieve boredom, he wakes up late, plays video games, plays his guitar, and watches TV until the early hours of the morning. MODEL RELEASED. 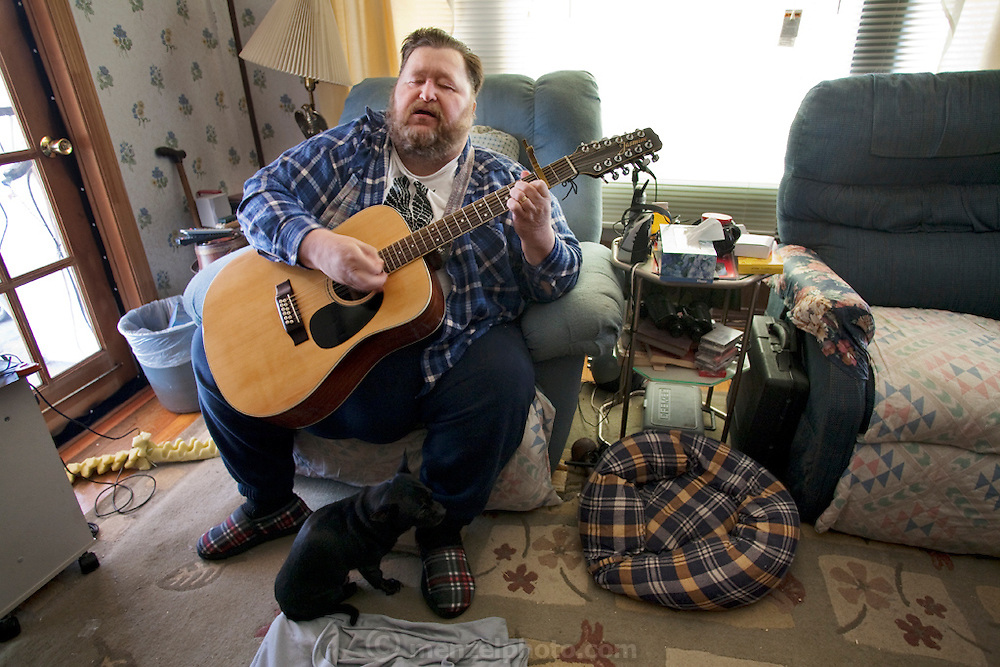