Firefighters from the Kuwait Oil Company (called KWWK: Kuwait Wild Well Killers) pray at noon by the first oil well fire they were working on in Iraq's Rumeilah Oil Field. They did a double prayer at noon so they would not have to stop later in the day if they were at a critical phase. Later in the day they extinguished this smoky fire and the next day stopped the flow of gas and oil with drilling mud using what is called a "stinger", a tapered pipe on the end of a long steel boom controlled by a bulldozer. Drilling mud, under high pressure, is pumped through the stinger into the well, stopping the flow of oil and gas. (Supporting image from the project Hungry Planet: What the World Eats.) 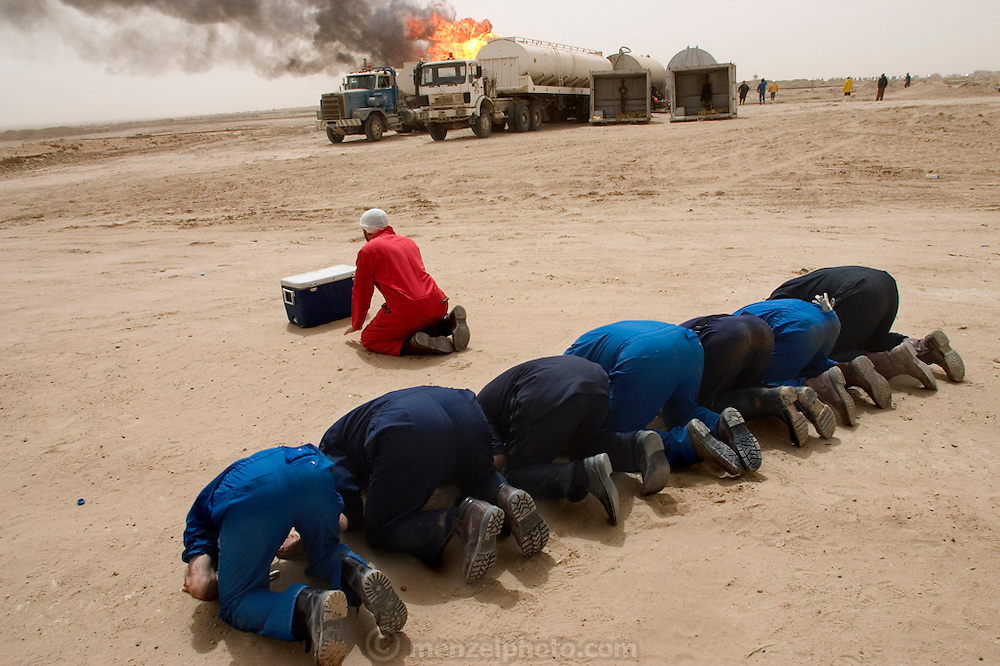