Studying the creation of life. A scientist adjusts equipment during a re-run of the Miller-Urey experiment into the origin of life. A flask containing a mixture of water, hydrogen, methane and ammonia has an electric field applied across it. A ultra-violet laser is used to illuminate the mixture and to stimulate an electrical discharge in the mixture. This experiment, devised first by Stanley Miller and Harold Urey in 1952, produces a mixture of 'pre-biotic' chemicals such as amino acids. It is suggested that the roots of life on Earth rest in prehistoric, global versions of this process. Photographed at the NASA Ames Research Center, California. MODEL RELEASED 1992. 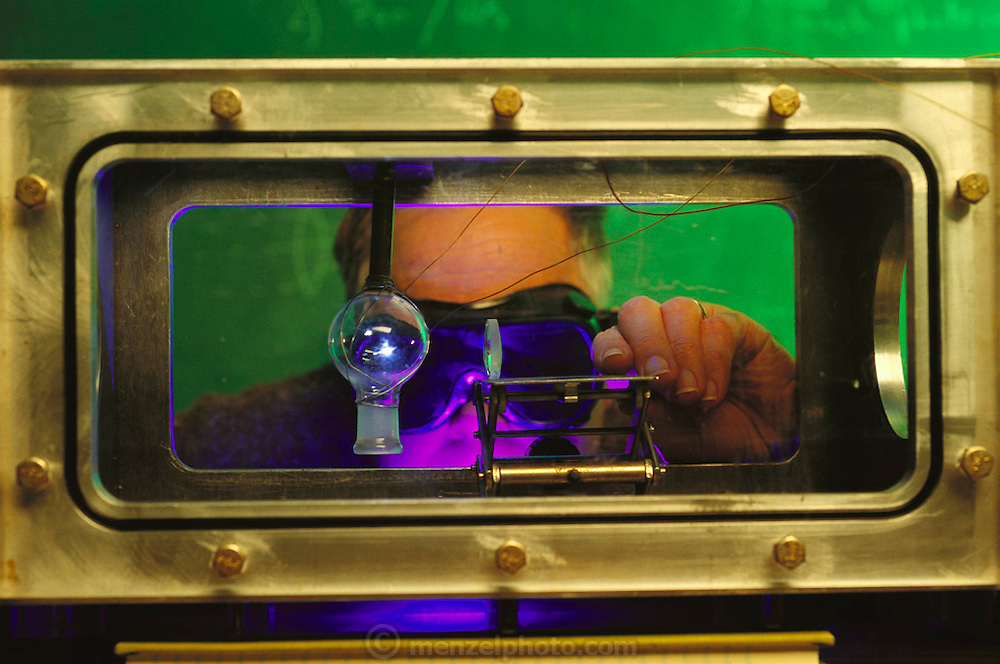