Biosphere 2 Project undertaken by Space Biosphere Ventures, a private ecological research firm funded by Edward P. Bass of Texas. Dr. Roy Walford, former pathologist at UCLA and one of the eight inhabitants of the Biosphere, seen in the Pacific Ocean with girlfriend Barbara Smith and his daughter Lisa at Venice Beach, California. Walford authored a book titled The Anti-Aging Plan. He died in 2004 at age 79 of ALS. Walford had been involved in the Project since 1983, and set up the Biosphere's medical centre. Biosphere 2 was a privately funded experiment, designed to investigate the way in which humans interact with a small self-sufficient ecological environment, and to look at possibilities for future planetary colonization. MODEL RELEASED 1990 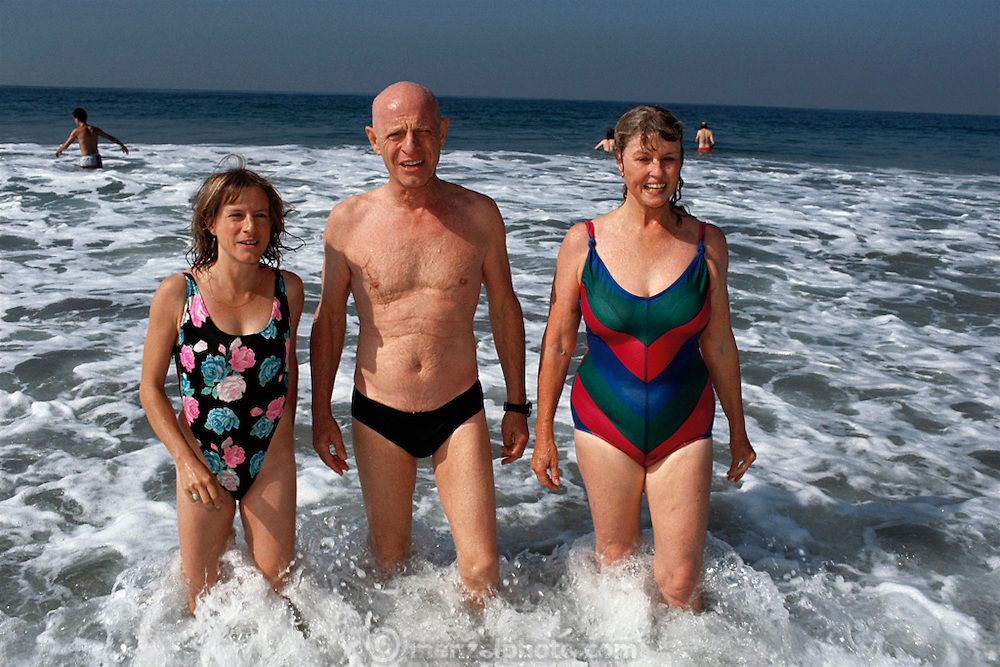