Burton Richter (b.1931), Director of the Stanford Linear Accelerator Center (SLAC), photographed during the construction of the Stanford Linear Collider in 1986. Richter won the 1976 Nobel Prize for Physics, following his discovery of the Psi- particle at the SLAC in 1974. The Prize was shared with Sam Ting of Brookhaven National Laboratory. The discovery of the Psi- particle also implied the existence of two new quarks, Charm and anti- Charm. Richter has been at SLAC since 1964, having also designed the PEP positron-electron storage ring at Stanford. Richter became Director of SLAC in 1984, and now oversees projects such as the Stanford Linear Positron-Electron Collider. MODEL RELEASED. Detector 4 SLC in CEH. MODEL RELEASED. 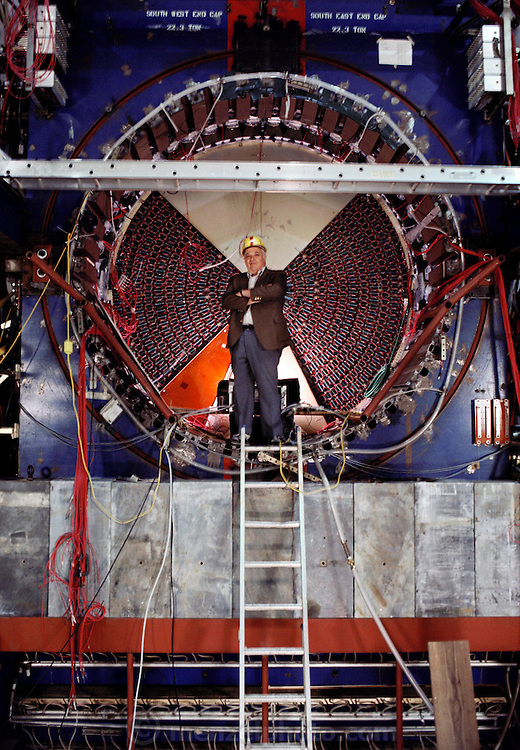