Physics: Patrice Lebrun works on the detector for the L-3 experiment at CERN, which uses a Bismuth Germanium Oxide (BGO) Crystal. BGO (formula Bi4 Ge3 O12) is used to detect electrons and photons generated by electron- positron collisions in the LEP Collider ring. When an electron or photon enters the crystal, its energy is converted into light. The light is channeled by the crystal to photodiodes, producing an electronic signal. 11, 000 crystals, totaling 12 tons in weight, are used in the detector, measuring the energy and position of the incoming particles at very high resolution. The LEP and L- 3 detector were inaugurated on 13 November 1989. Geneva, Switzerland..CERN is the European centre for particle physics near Geneva. L3 is one of 4 giant particle detectors at the LEP Collider. LEP collides electrons & positrons accelerated to an energy of 50 GeV in a circular tunnel 100m underground & 27km in circumference. L3 is a cylindrical assembly of many types of apparatus - hadron & electromagnetic calorimeters, drift chambers, & a time projection chamber - which fit together like layers of an onion around the point where the particles collide. L3 is a collaboration of 460 physicists from institutions in 13 countries. MODEL RELEASED [1988] 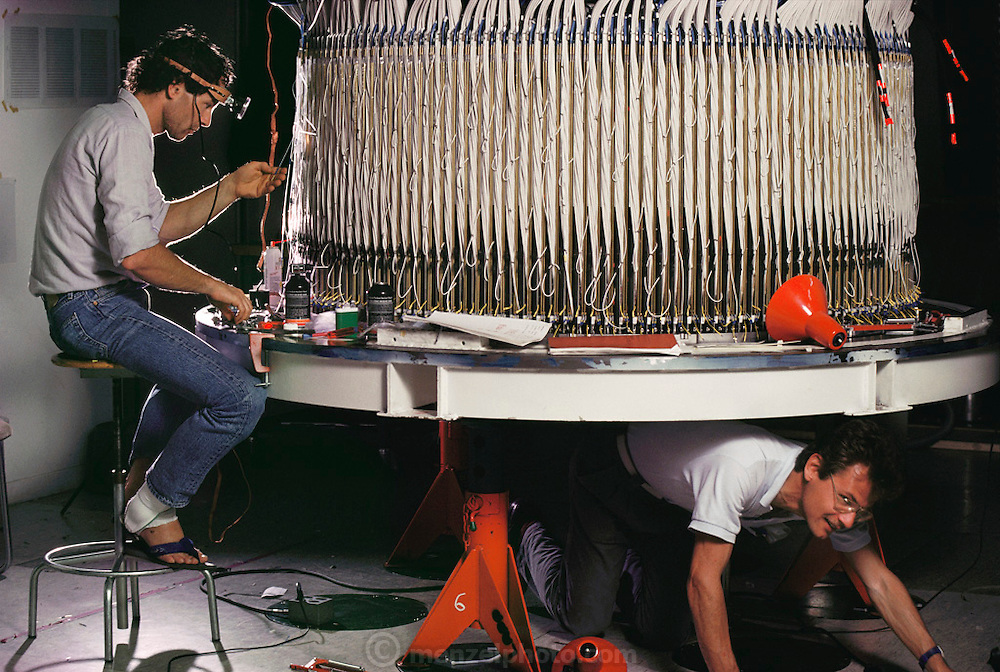