Todd Kincer, a coal miner, with his face blackened with coal dust after an industrious day at work in a coal mine located deep inside a mountain in the Appalachians near the town of Whitesburg, Kentucky. (Todd Kincer is featured in the book What I Eat: Around the World in 80 Diets.) After showering and scrubbing off the day's coal dust, Todd gets ready to dig in to one of his favorite meals: Hamburger Helper with double noodles. A college graduate drawn to the coal mine by the relatively high pay, Todd spends a 10-hour shift mining underground, driving a low-slung electric shuttle car that carries coal from the face of the coal seam, where it's being chewed up by a deafening, dusty mining machine, to a conveyer belt. The coal mine in which Kincer works is pitch-black, except for headlights and headlamps. During winter months, Todd never sees daylight during the workweek. MODEL RELEASED. 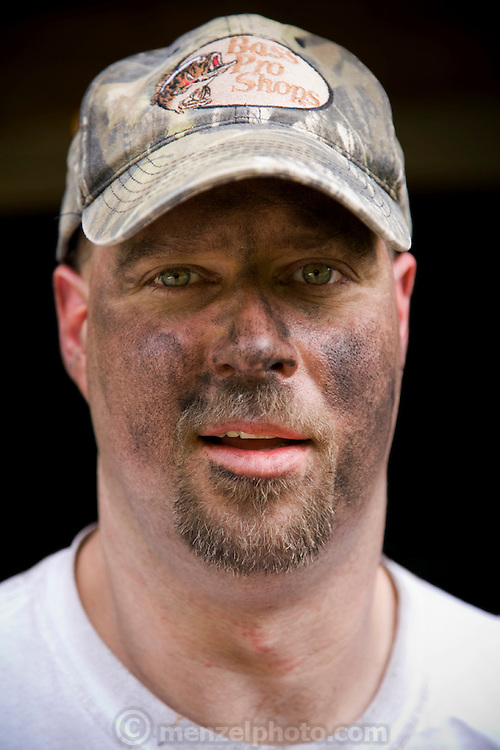