Daily 8:00 AM team meeting. Burton Richter bottom left of image. Burton Richter (b.1931), Director of the Stanford Linear Accelerator Center (SLAC), photographed during the construction of the Stanford Linear Collider in [1988] Richter won the 1976 Nobel Prize for Physics, following his discovery of the Psi- particle at the SLAC in 1974. The Prize was shared with Sam Ting of Brookhaven National Laboratory. The discovery of the Psi- particle also implied the existence of two new quarks, Charm and anti- Charm. Richter has been at SLAC since 1964, having also designed the PEP positron-electron storage ring at Stanford. Richter became Director of SLAC in 1984, and now oversees projects such as the Stanford Linear Positron-Electron Collider. [1988] 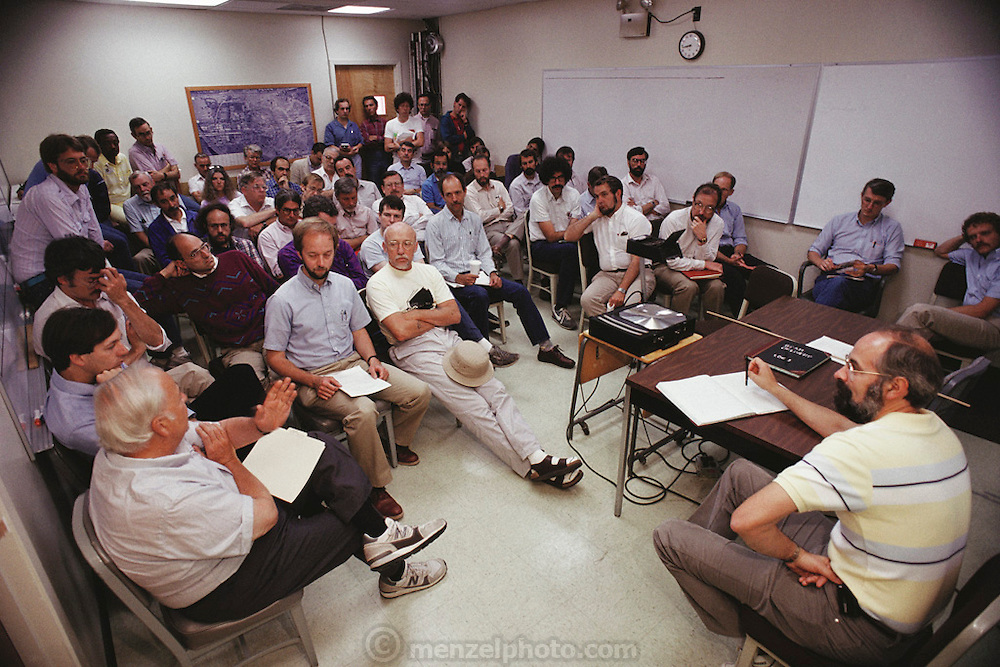