Despite the popular image of Mongolians as nomadic herders, it is an increasingly urbanized country. More than one quarter of Mongolians live in the capital city, Ulaanbaatar. Many people move into the city from the countryside and live in squatter areas on the hillsides around the city, often living in their traditional gers (round tent built from canvas, strong poles, and wool felt) until they erect more permanent housing. Mongolia. Material World Project. 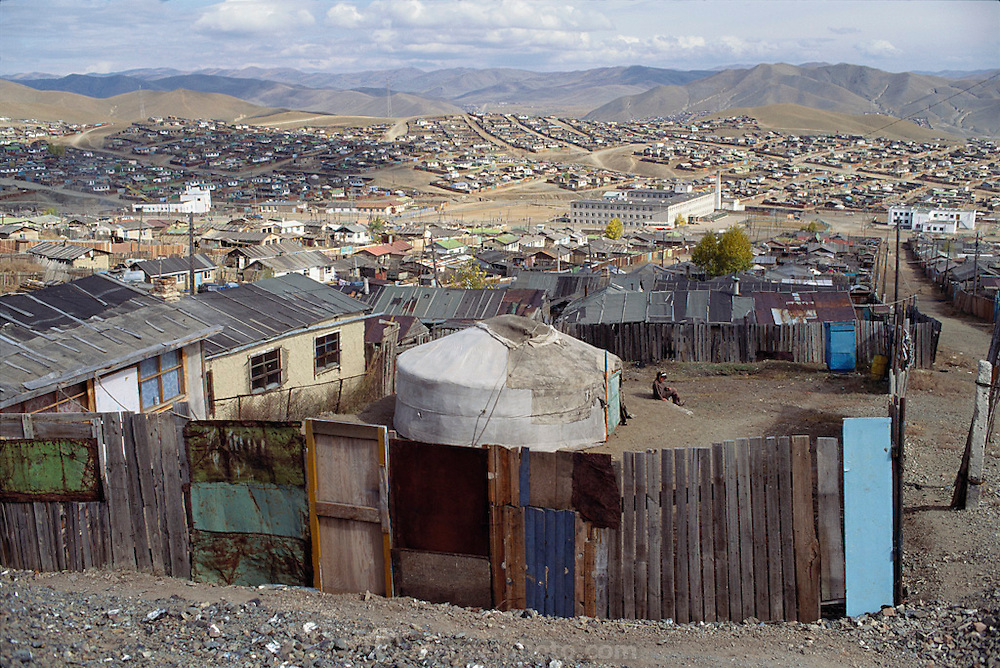