Pilgrims take their turn to bathe in the Shipra River during the Kumbh Mela festival, Ujjain, Madhya Pradesh, India. (From the book What I Eat: Around the World in 80 Diets.) The Kumbh Mela festival is a sacred Hindu pilgrimage held 4 times every 12 years, cycling between the cities of Allahabad, Nasik, Ujjain and Haridwar. Participants of the Mela gather to cleanse themselves spiritually by bathing in the waters of India's sacred rivers. Hindus believe that the rivers in the Indian cities of Allahabad, Haridwar, Nasik, and Ujjain are sacred, and that bathing in those rivers during the religious festival Kumbh Mela will release them from past sins and mistakes and liberate them from the cycle of birth and death. Auspicious bathing days are determined by the position of the sun and the moon, and on these days more than a million pilgrims might descend for a dip. In Ujjain, thousands of police control the crowds at the Shipra River with whistles, poles, and batons to prevent stampedes and drownings, and bathing time is kept to 12 minutes per group. Kumbh Mela is one of the largest religious festivals on earth, attracting millions from all over India and the world. Past Melas have attracted up to 70 million visitors. The festival attracts more pilgrims than any other religious gathering on the planet, including Islam's Hajj. 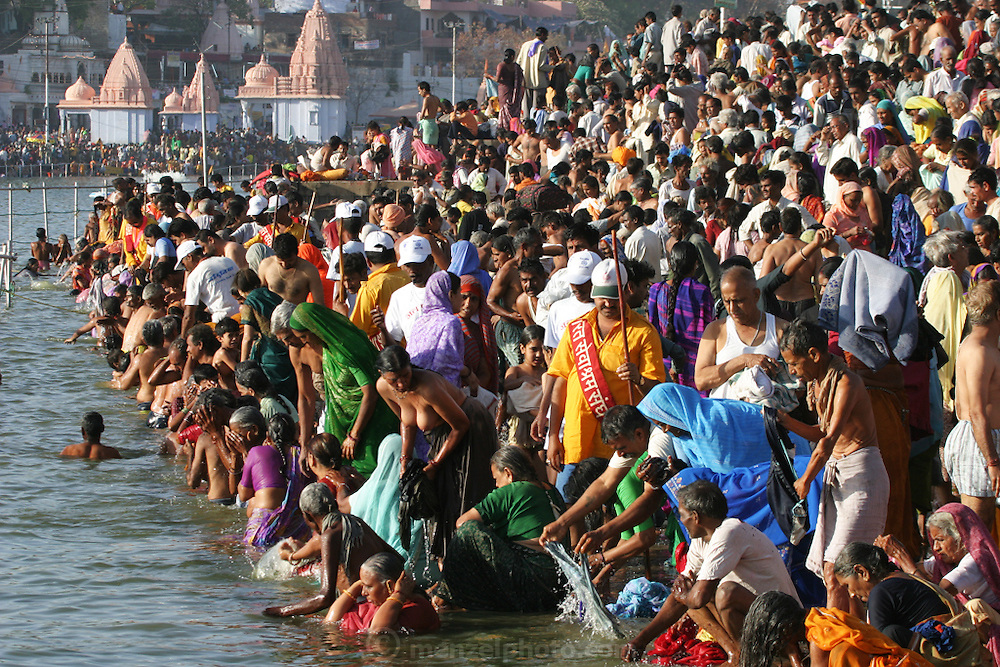