Paul Jefferson, a blind amputee in army hospital in England was wounded by a land mine in Kuwait. Paul Jefferson, who had overseen the de-mining of the Falklands. He had also written a manual on defusing Russian land mines. But he stepped on one and lost a leg, his eyes, and parts of his hands. Photographer Peter Menzel visited him in a veterans' hospital for the blind in England a few months later and made a short video on his rehabilitation and recollections of the accident. In this photo he is being taught to type with a computer program that sounds out the letters as he types them. 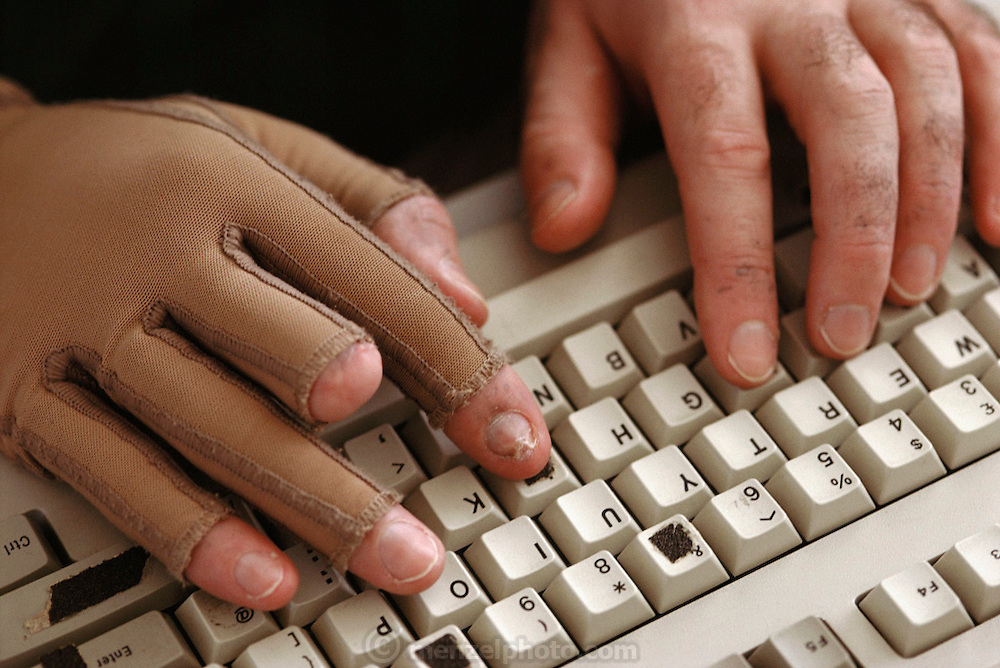