Solange Da Silva Correia, a rancher's wife who lives in riverside house near the town of Caviana in Amazonas, Brazil. (Featured in the book What I Eat: Around the World in 80 Diets.) The caloric value of her day's worth of food on a typical day in the month of November was 3400. She is 49 years of age; 5 feet 2.5 inches tall; and 168 pounds. She and her husband, Francisco live outside the village of Caviana with three of their four grandchildren in a house built by his grandfather. They raise cattle to earn income (and sometimes a sheep or two to eat themselves) but generally they rely on their daily catch of fish, and eggs from their chickens, for animal protein. They harvest fruit and Brazil nuts on their property and buy rice, pasta, and cornmeal from a store in Caviana. They also purchase Solange's favorite soft drink made from guarana (a highly caffeinated berry indigenous to the country). MODEL RELEASED. 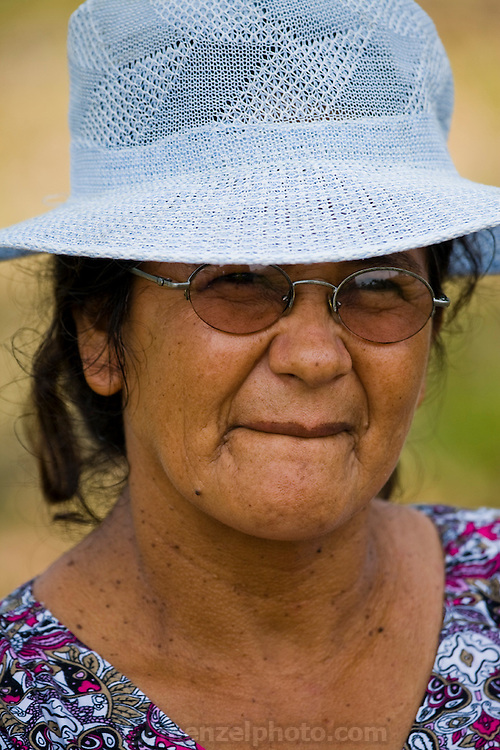