On market days, Fatoumata Toure stops cooking early to work with her co-wife Pama Kondo. They acquire and unload grain in bulk and then sell it in smaller quantities to individuals and families. Soumana Natomo spends much of his time overseeing his working wives. Occasionally, he makes a trip to their single-room storehouse to replenish the grain his wives are selling. Hungry Planet: What the World Eats (p. 211). The Natomo family of Kouakourou, Mali, is one of the thirty families featured, with a weeks' worth of food, in the book Hungry Planet: What the World Eats. 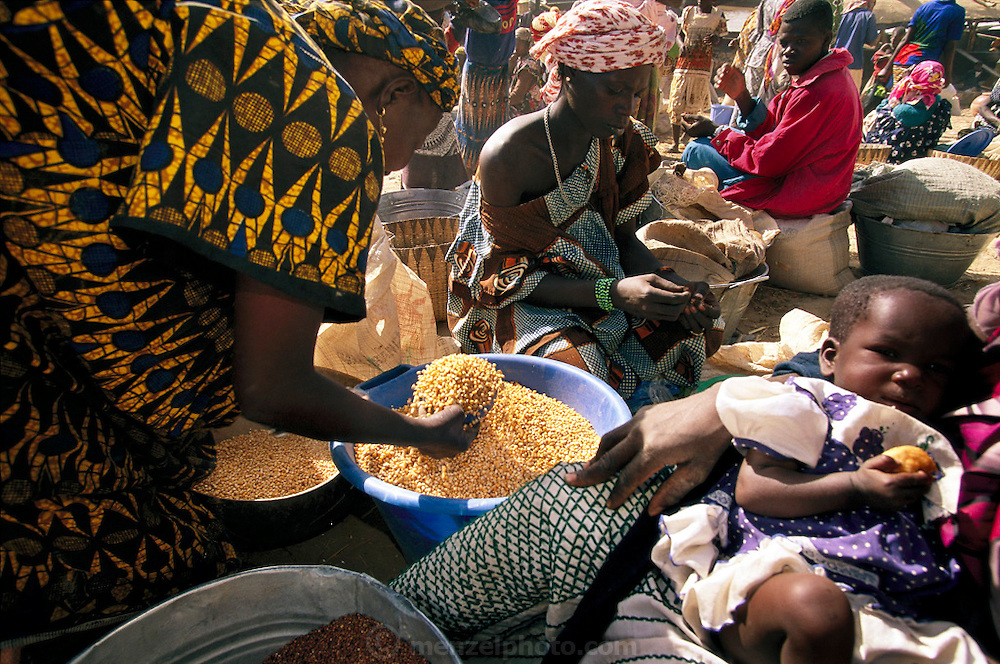