(1992) The weekly march of Las Madres y las Abuelas de los Desparacidos (the mothers and grandmothers of the disappeared) in front of the Casa Rosada, the residence of the President of Argentina in Buenos Aires. There was an estimated crowd of 700 people. These groups demonstrated weekly for many years before the government admitted responsibility for thousands of political "disappearances" (murders). DNA fingerprinting has identified some of the victims, and a number of the families have been re-united. 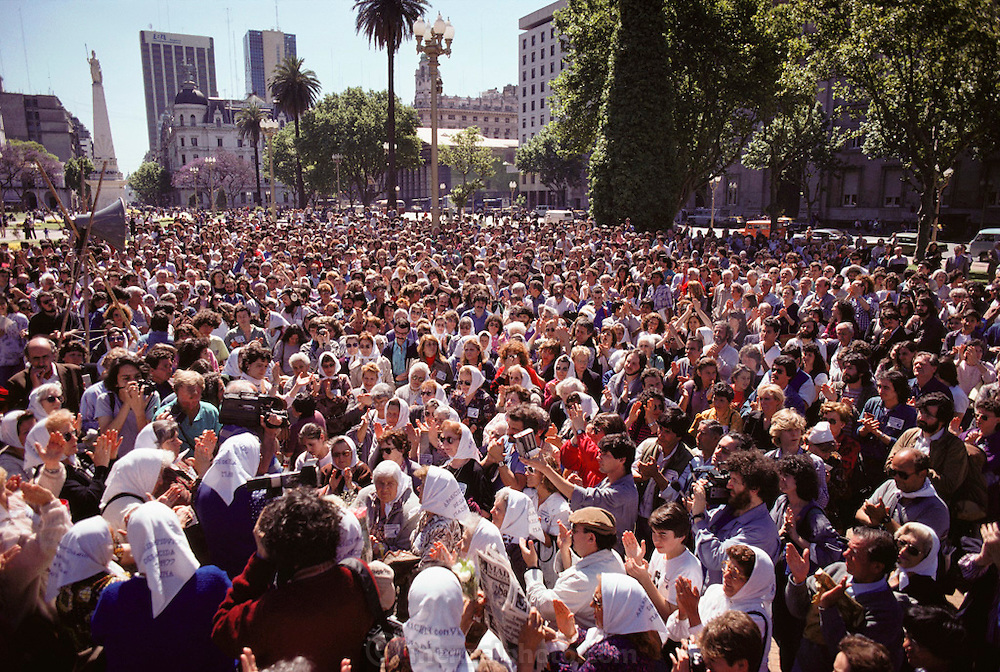