Theodore Rozak Model Released. IT Conference on computer freedom and privacy in San Francisco, California Theodore Roszak: an author who warns about computers getting out of control..8D. Theodore Roszak, writer, professor at California State University, Hayward, California. Roszak spoke at the conference on a panel discussion on "The Case Against Computers: A Systematic Critique" with Jerry Mander of the Elmwood Institute and Richard Sclove. This portrait is in his office at Cal State, Hayward. Roszak has written a number of books, including The Making of the Counterculture, the book that named a generation. . Roszak said, "Computers are like genies that get out of control." ."The cult of information is theirs, not ours." ."Every tool ever invented is a mixed blessing." ."There never will be a machine that makes us wiser than our own naked minds.".((Roszak was most uncooperative, saying he was very busy and that it was not to his advantage to be in an article in Germany when his recent books are not translated into German. We did a few shots of him holding the TV monitor and then he said he couldn't do it anymore so my assistant wore his jacket for the rest of the shoot while he went off to another office to make phone calls. He gave us 11 minutes of his time. It took several days to get this photo.)) .Model Released. (1995). 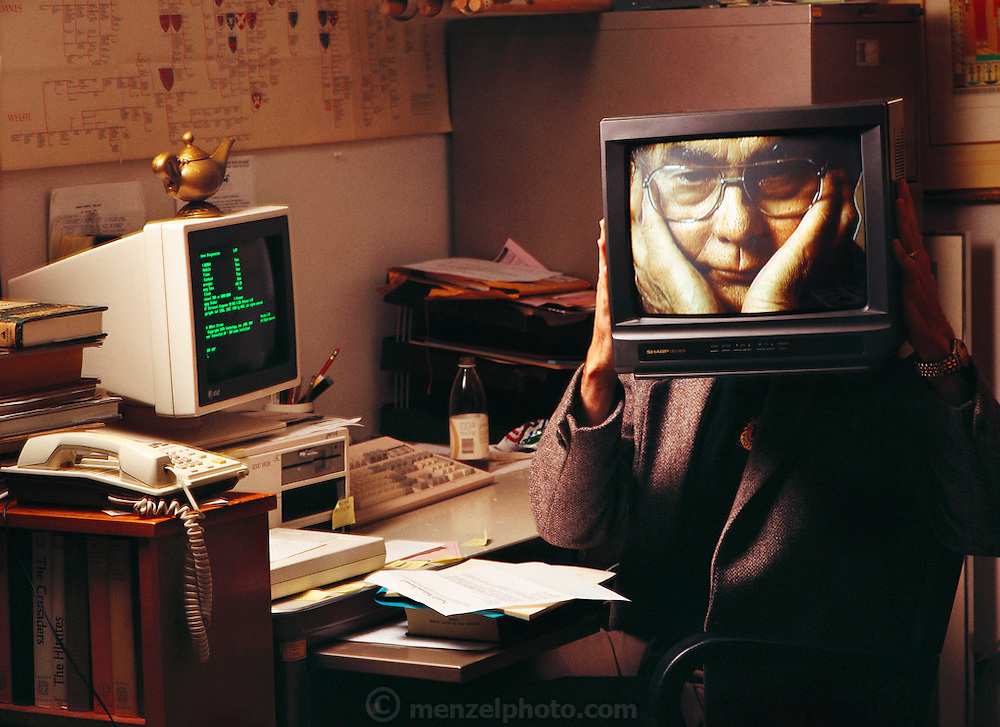