Fishermen catching istavrit (horse mackerel) line the Galata Bridge over the Bosphorus, the strait between the Black and Aegean seas. Located on a narrow isthmus between two bodies of water, the Turkish city of Istanbul (formerly known as Constantinople and, before that, Byzantium) long dominated the trade between Europe and Asia. The Galata District in the background, a hub for both entertainment and finance, is on the European side of the Bosphorus, both geographically and culturally. Hungry Planet: What the World Eats (p. 255). This image is featured alongside the Çelik family images in Hungry Planet: What the World Eats. 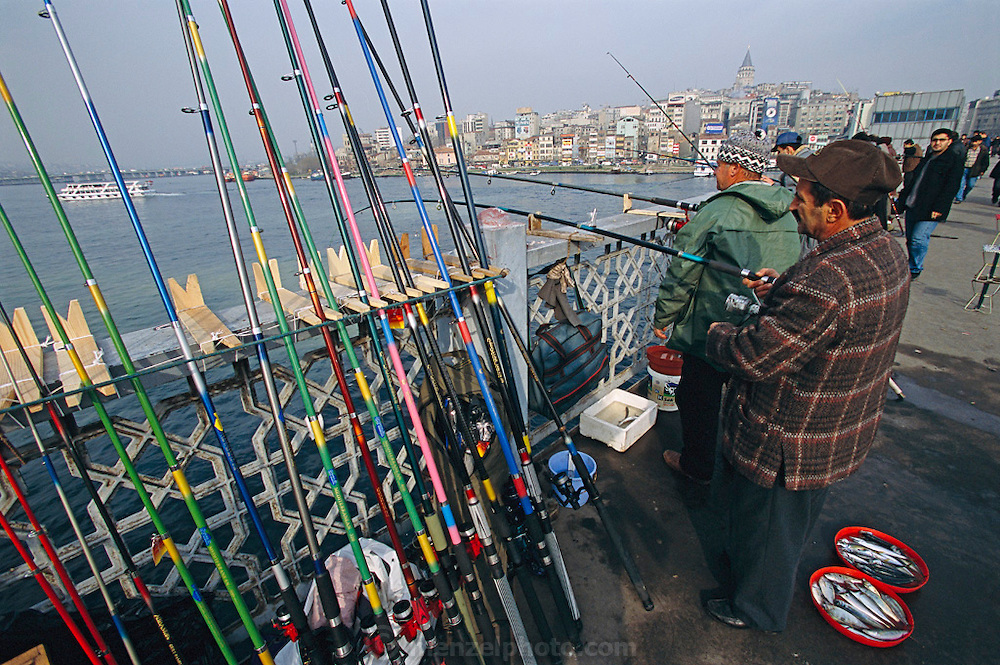