Physics: Aligning Magnets in the 3 km tunnel of the Stanford Linear Accelerator Center (SLAC), Menlo Park, California. Reverse Bend SLC Experiment, [1986].Technicians making final alignment checks in the tunnel of the Stanford Linear Collider (SLC). The SLC was built from the 3km linear accelerator at Stanford, California. In the SLC, electrons and positrons are accelerated to energies of 50 giga electron volts (GeV) before being forced to collide. In this collision, a Z-nought particle may be produced. The Z-nought is the mediator of the electroweak nuclear force, the force behind radioactive decay. The first Z-nought was detected at SLC on 11 April 1989, six years after its discovery at the European LEP accelerator ring, near Geneva.. 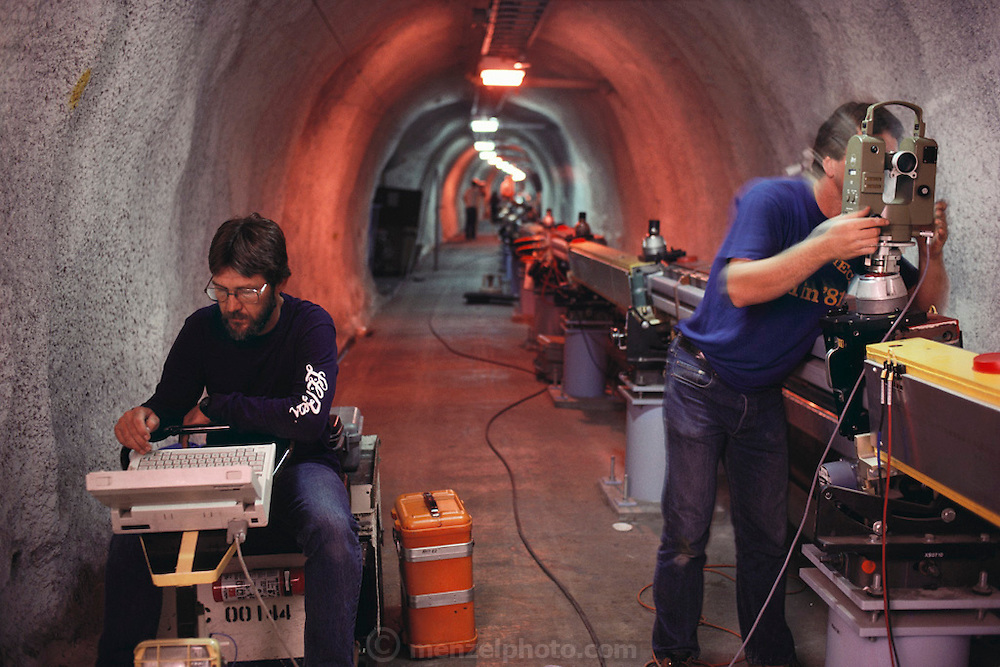